Macroevolution in the ocean: diatoms as a case study

Macroevolution in the ocean: diatoms as a case study 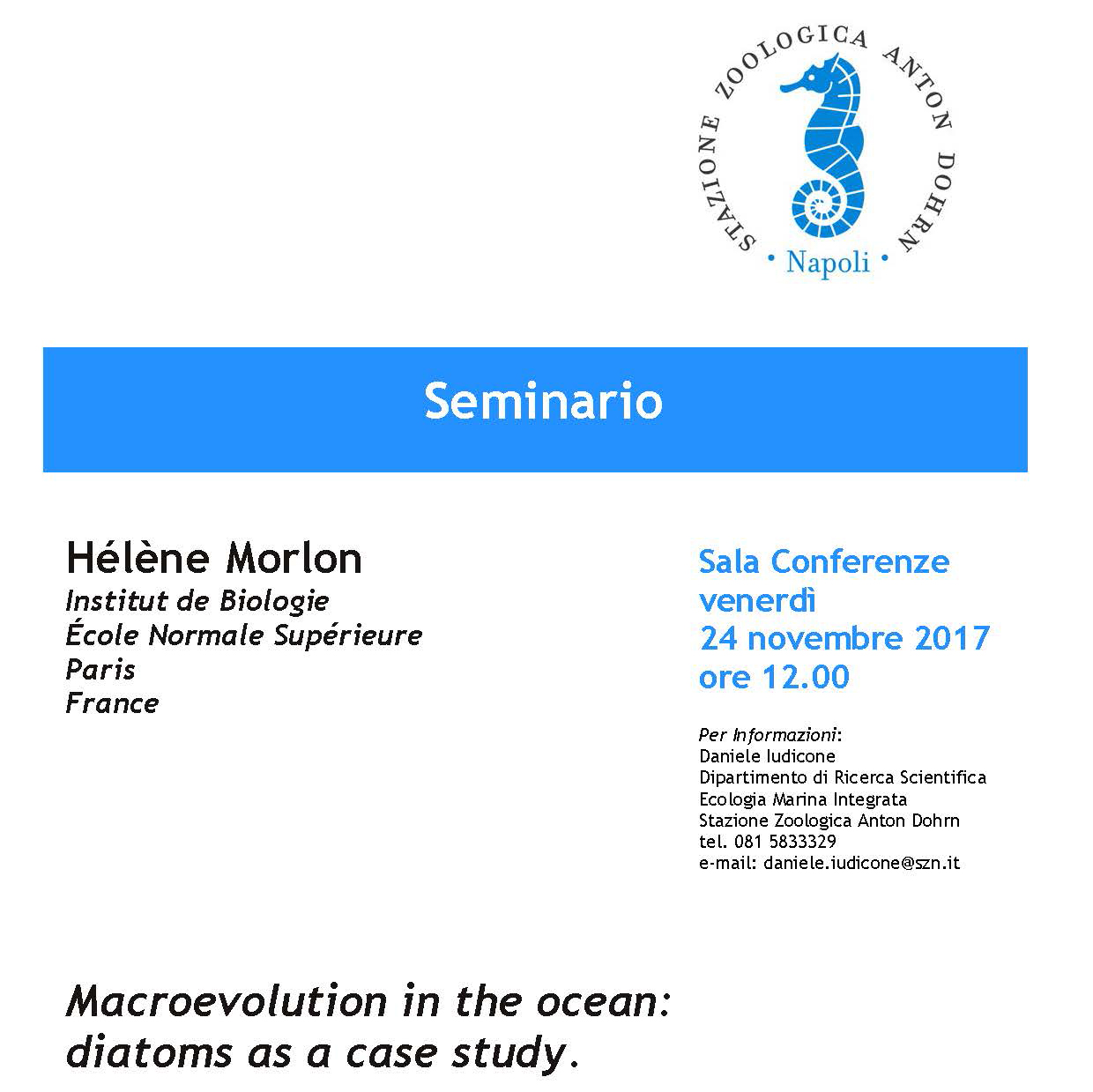 “Macroevolution in the ocean: diatoms as a case study”

Prof. Hélène Morlon is research director at the ENS institute of Biology. She combine mathematics, bioinformatics and fieldwork developing a very multidisciplinary work. Her research questions can be resumed in three main fields: macroevolution, macroecology and biogeography.

What is the evolutionary history of species diversity on this planet, and where is it headed? To test hypotheses on the long-term dynamics of biodiversity, Prof. Morlon’s lab develops models of cladogenesis, and apply these models to a wide variety of empirical phylogenies.

What are the processes underlying current biodiversity patterns? To understand the distribution and abundance of species, they study three of the most general patterns in ecology: the distribution of abundances among species, the increase in the observed number of species with increasing sample area, and the decay in community similarity with geographic distance. They also develop theory to understand the spatial distribution of phylogenetic diversity, in order to move beyond species and take into account their evolutionary history.